László Moholy-Nagy (1895 – 1946) was one of the most influential avant-garde artists of the twentieth century. He was born in Austria-Hungary and was one of the first artists that started to experiment with technology. The ‘Licht-Raum Modulator’ (produced in 1922-1930, replica 1970) is a sculpture with moving transparent and reflecting geometric forms attached to a turning platform. It is lit by three light spots in different colours. The light reflected by the forms changes the room by creating spectacular moving shadows and light reflections on the walls and ceiling. Thus, the artist modulates space and time by means of light and motion. This machine does not produce anything; it works merely to stimulate our imagination. Especially for GLOW 2016 the ‘Licht-Raum Modulator’ was hosted by the Van Abbe Museum, in particular by Willem-Jan Renders and Kim Sluijter, to be re-created in light and photonic technology by the TU/e, following two paths.

First, the art machine was accurately scanned in three-dimensional (3D) high-definition data using photonics based on both visual light and non-visible light-modulation radiation patterns. The TU/e (SPS-)VCA research group at the faculty Electrical Engineering then used the newest 3D reconstruction algorithms to make an accurate 3D model, operated by Hani Javan Hemmat of VCA, which was used to re-produce individual parts of the machine. These parts were made either by 3D printing or by reproducing them together with a specialized metal factory, GPM located at ‘s Hertogenbosch. This company produces innovative, high-quality metal prototypes, individual parts or machines, strictly following the customer guidelines. TU/e VCA members Professor Peter de With and assistant professor Egor Bondarau then constructed a replica of the machine using the reconstructed metal and printed parts. 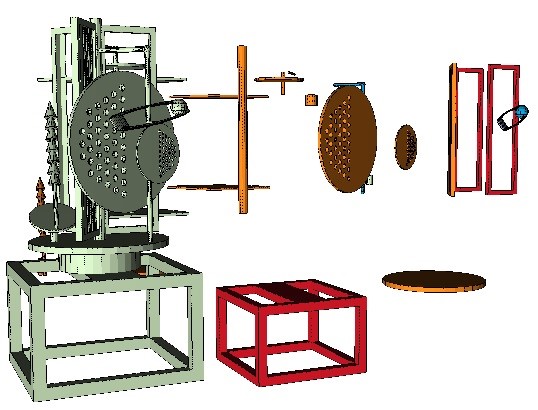 Second, the light specialized company Ambianti (spin-off of the TU/e), in particular Georgios Metaxas, constructed a transparent, surrounding cube. This installation will recreate this experience in an open space, extending and maximizing it, by using a cutting-edge intelligent lighting technology based on one of the smartest materials currently available. The translucent lighting cube will be built out of intelligent LED lighting tiles emitting RGB light. The tiles will adjust the lighting patterns to the movements of the art work which is rotating in the center of the cube, while extrapolating the original movement and light patterns into the new environment. The intelligent lighting tiles will reproduce the effects on the outer walls and the ceiling of the cube, forming a mesmerizing open-air lighting scene with the artwork in its heart, both when viewed from inside and from outside. The panels contain in total about 20,000 LEDs showing full-colour light reflections (again photonics), as the light space modulator would do or impressions derived from it. 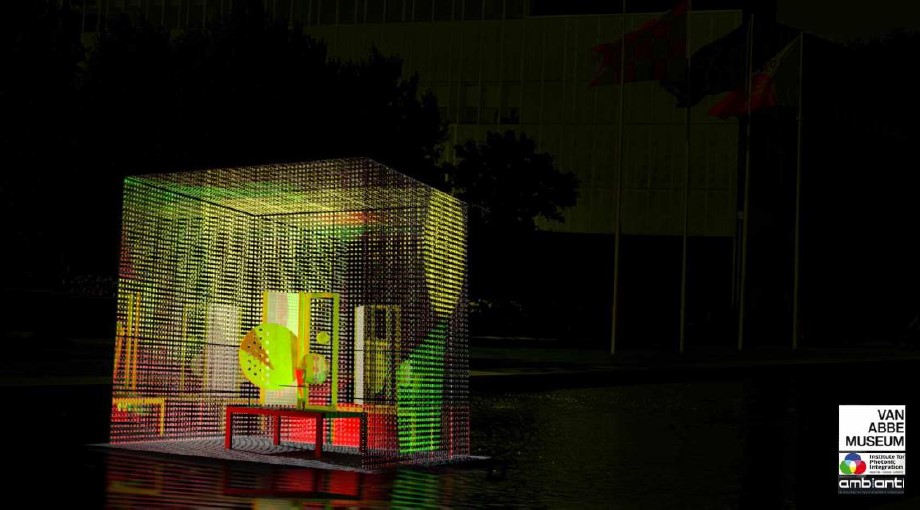 The scientific motivation of this GLOW project is the use of photonics in the broad sense and from history towards the future. The art piece is designed for light reflections and has been scanned with various forms of visible and non-visible light to scan the art work. The reflections of the light of the replica are modeled as light rays casted from the reflection steel parts of the art piece. Finally, the light reflections are made my modern full-color LED lights, showing the photonic light of the future.